In uncertain COVID-19 summer election, lack of Mt. A. campus voting may not change much

Posted on September 6, 2020 by brucewark 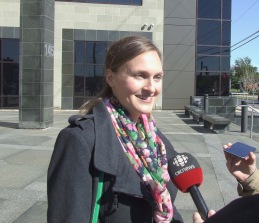 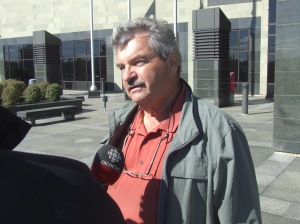 “Things are not always what they seem; the first appearance deceives many; the intelligence of a few perceives what has been carefully hidden.” —Phaedrus

On that sunny October day in 2018 when a New Brunswick judge confirmed Megan Mitton’s 11-vote victory in Memramcook-Tantramar over her main rival Bernard LeBlanc, it was widely assumed that on-campus voting at Mt. A. was a key factor in the Green candidate’s narrow win over her Liberal opponent.

After all, David Suzuki himself — chosen by CBC viewers in 2004 as the Greatest Living Canadian — had urged students to vote for Mitton during his speech to a packed house at the university library.

But as that canny Roman writer Phaedrus once quipped, “Things ain’t always what they seem.”

Hicks was referring to a voting results table on page 112 of the Chief Electoral Officer’s report.

Line P16 RO-BDS shows that Mitton did indeed receive more campus votes than her main opponent. But her total of 233 was only 42 more than the 191 Bernard LeBlanc received. Etienne Gaudet of the PCs got 88 votes, while Hélène Boudreau of the NDP received 40.

In this election, Elections NB is not conducting on-campus polling, a decision that could hurt Mitton, but possibly not by as much as it would seem. The 2018 results suggest that campus Liberals were quietly effective in getting out their vote.

As I reported in 2018, a tally of results elsewhere in the riding showed that the predominantly French-speaking areas in the 12 polls in and around Memramcook overwhelmingly supported Bernard LeBlanc who received 1,852 votes to Mitton’s 638.

The results were reversed in the predominantly English-speaking town of Sackville’s 12 polls where Mitton received 1,583 votes to LeBlanc’s 686.

It’s seems likely — though not certain — that the lack of polling stations on university campuses as well as in long-term care homes could result in lower voter turnout.

And, the short 28-day summer campaign in the midst of the COVID-19 pandemic may also lead to fewer voters getting out to the polls. 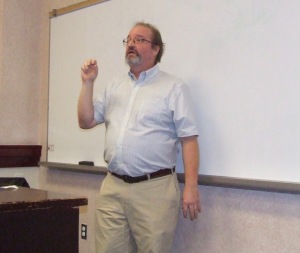 “A lower voter turnout tends to mean that it’s partisans who are turning out and that means Conservatives and Liberals and other dyed-in-the-wool partisans of the other political parties,” he says.

“It’s a very fractious, divided partisan environment,” he says, “so I don’t think that low voter turnout necessarily favours the government because it’s not really all that big a political movement in terms of the population that would pledge allegiance to the PCs or to the Liberals for that matter.”

Martin predicts the Conservatives will have a tough time in Memramcook-Tantramar partly because of their weak support among Francophone voters both here and across the province.

“In some ways, we probably pay a little too much attention to the riding-by-riding competition and not enough concern for the big province-wide competition,” he says adding that there’s always the possibility of support surging in a wave one way or another.

“I’m not sure that the vote in this area is going to be all that much different than the way the vote shakes out province-wide. In other words, what do Francophones and what do Anglophones province-wide do in terms of partisan preferences,” he adds.

“This riding may be a microcosm of New Brunswick in more ways than one in the sense that the local vote may shake out similar to the province-wide vote.”

1 Response to In uncertain COVID-19 summer election, lack of Mt. A. campus voting may not change much