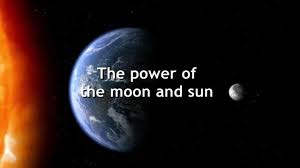 Jan. 2011: The Herald reports that Minas Basin Pulp and Power and its partner Marine Current Turbines Ltd. of Bristol, England along with Alstom Hydro of France and its partner, Clean Current Power Systems of Vancouver, plan to deploy turbines at the FORCE test site in 2012.

Feb. 2011: The NS government announces that Atlantis Resources Corp., a turbine manufacturer based in the U.K. has been chosen to deploy a 1,300 tonne, twin-rotor turbine in the fourth FORCE test spot. Atlantis will work with two partners, Lockheed Martin Canada, which will provide engineering and procurement services for the project and Irving Shipbuilding, which will oversee construction of the turbine base at its fabrication plant in Dartmouth. The $10 million, 1MW turbine will go into the water in the summer of 2012.

Feb. 2011: Nova Scotia Power says it plans to re-engineer the turbine that lost its blades in 2009 and get it back in the water in 2012. The President and CEO of parent company Emera, Chris Huskilson, says the turbine deployment had three objectives. (1) deploy and recover the unit (2) see what effect it would have on the environment in the Minas Basin (3) determine what effect the environment would have on the turbine. “We now feel very confident we’ll put the machine back in the water and have even better results.”

Feb. 2011: The Herald publishes an opinion piece by Doug Keefe, executive director of FORCE in which he writes that time will tell if tidal power will contribute to our electricity supply because turbines are still an emerging technology. “First, we need answers to some fundamental questions. Can they work here? Will they be safe? Can we afford them? Can we build an industry here? If the answer to these questions is yes, Nova Scotians will enjoy the benefits of clean local energy and a role in a world-wide industry.” Keefe adds that, aside from Canada, tidal energy activity is underway in U.S., Ireland, New Zealand, India, Australia, Japan, Korea, Norway, and France.

March 2011: Two American companies apply for regulatory permission to deploy tidal turbines. Ocean Renewable Power Company plans to install a 150KW turbine off the coast of Maine that will deliver electricity to the Bangor Electric Power Company grid. The company says it plans to increase the number of turbines and the amount of power generated to 3.2MW by the end of 2014. Meantime, New York-based Verdant Power hopes to put turbines in the city’s East River this year.

April 2011: An official with Atlantis Resources says hundreds of turbines could be deployed in the Minas Basin within five years after four prototypes go into the water. The four prototypes are scheduled to be installed in late 2012. Joseph Fison adds that Atlantis recently tested one of its large turbines off the coast of Australia near a large area where penguins breed. He says the test showed that turbines and marine animals can co-exist.

April 2011: Richard Karsten, a researcher at Acadia University, says up to 2,000 tidal turbines could be installed in the Minas Basin without harming its ecology. He adds that number of turbines would not change tidal action much, but more study is needed.

July 2011: Company officials express optimism about the future of tidal power in Nova Scotia at a tidal energy symposium in Halifax organized by the provincial government. Jean-Francois Ally of Alstom Hydro, the French company that operates high-speed trains all over the world, says ocean energy is the next big thing. Chris Bernardi of Lockheed Martin predicts the Bay of Fundy will be a launch pad for a global tidal industry and Brendan Corr from the Irish company Open Hydro says the tidal energy sector will bring hundreds of jobs to Nova Scotia if it can produce electricity more cheaply than offshore wind turbines.

July 2011: Ocean Renewable Power of Maine and the Nova Scotia company Fundy Tidal say they are teaming up to install between 15 and 20 of Ocean Renewable’s 150-kilowatt tidal turbines in the Petit Passage. Dana Morin, president of Fundy Tidal says the turbines will generate up to 2MW of electricity for Digby Co. Meantime, Ocean Renewable’s project in Maine won’t go ahead until 2012 because of delays in regulatory approvals. Its turbines use rotating foils that look like the blades in a manual lawn mower. The Nova Scotia government has established a special rate of 65.2 cents per kilowatt hour, about six times more than the typical rate.

Sept. 2011: Dalhousie University oceanographer Bob Fournier makes 27 recommendations in his report to the province on strategic planning for developing marine renewable energy. His recommendations include creating a “trusted regulator” to help tidal developers deal with various regulators; developing a business plan to ensure tidal power can compete cost-effectively with other sources of electricity; and researching the potential impact of large-scale tidal power production in the Bay of Fundy. The report calls for a continued effort to involve the public in all aspects of tidal energy research and development, particularly people living on the coast, potential industry participants and First Nations communities. NS Energy Minister Charlie Parker says he expects the province will have drafted its strategy by fall with legislation to follow by spring.

Sept. 2011: A consultant’s report commissioned by the provincial government recommends that Digby be chosen to launch and service tidal turbines. Although Parrsboro and Hantsport are closer to the Minas Passage test site, the consultant’s report says they are ‘dry’ ports because they have no water at low tide. Digby, on the other hand, is a ‘wet’ port at low tide. The report says Saint John, N.B. is also a ‘wet’ port but the consultants question whether there’s enough room there to build the necessary facilities. The Nova Scotia government says it doesn’t want to support an out-of-province location for a tidal servicing centre.

Oct. 2011: FORCE announces that the $11 million subsea cable that will connect tidal turbines in the Minas Basin to the power grid is on its way from Italy where it was manufactured. FORCE spokesman Matt Lumley says it will give Nova Scotia the largest cable capacity of any in-stream, tidal site in the world. The cable will be cut into four lengths, one for each test site. Lumley says the cables will be installed during the first half of 2012 before deployment of test turbines.

Nov. 2011: The Fundy Ocean Research Centre for Energy (FORCE) officially opens its $1.3 million, 3,000 square-foot visitor centre near Parrsboro. The facility, which overlooks the tidal turbine demonstration project in the Minas Passage, offers visitors information, videos and interactive displays related to tidal energy and the Bay of Fundy. The province also posts the first environmental monitoring information online and says the results show no adverse effects when the OpenHydro turbine was in place.

Nov. 2011: The French company Alstom and its partner Clean Current of Vancouver say they plan to deploy their test turbine in the Minas Basin by the middle of 2012. Alstom says the turbine’s generator is being fabricated in Spain and the rest of the hub in France. Other components, including the shroud and the blades, will be made in Quebec or Atlantic Canada. The company says the turbine will be tested in France on a full-scale rig designed to mimic conditions in the Minas Basin.

Dec. 2011: NS Energy Minister Charlie Parker announces approval of Fundy Tidal’s 1.95MW tidal power project in Digby Co. It will generate electricity from Bay of Fundy tidal currents that pass through Grand and Petit Passages which separate the mainland and islands at the tip of Digby Neck. The Nova Scotia Utility and Review Board has set the rate for small-scale tidal power at 65.2 cents per kilowatt hour over the next 20 years.