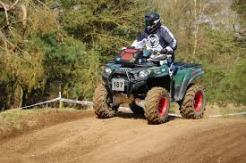 Sackville Town Council is expected to give final approval this week to a bylaw authorizing all-terrain vehicles to mix with regular traffic on two busy streets and the McDonald’s intersection near TransCanada Highway Exit 504.

At its meeting on April 8th, council gave preliminary approval to Bylaw 258 which would allow ATVs to travel to and from the Visitor Information Centre parking lot, up and down Mallard Drive, through the intersection at Main Street, into and across the McDonald’s/Esso parking lot and then to and from trails at the far end of Wright Street.

It would also give ATV riders direct access to restaurants and gas stations as well as a grocery and liquor store along the way.

Deputy Mayor Ron Aiken was the only member of council to vote against first reading of the new bylaw.

“I drive through it every day and it’s rare the day I don’t see someone doing something stupid,” he added.

Councillor Bill Evans, who voted in favour of the bylaw, said that if it doesn’t work out, council could always repeal it while Councillors Joyce O’Neil and Andrew Black argued that attracting more ATV riders would be an economic benefit to the town. 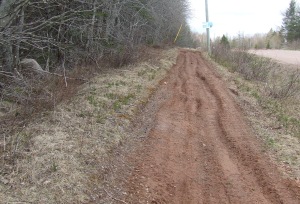 Trail beside Wright St. that ATVers would no longer need if they win the legal right to travel on the pavement

In October 2017, town council authorized Mayor Higham to write a letter supporting the New Brunswick ATV Federation’s application to the provincial government asking for an exemption from the law that prohibits all-terrain vehicles from operating on public roadways.

The town also sent a draft bylaw authorizing ATV traffic on Mallard Drive, Wright Street and the McDonald’s intersection to the provincial department of public safety which recommended only minor changes.

If, as expected, council gives second and third readings to the bylaw on Tuesday, it will then go back to the province for final approval.

Meantime, Paul Branscombe, President of the Tantramar ATV Club says he’s hoping council will give its blessing to the bylaw.

“Am I optimistic?” Branscombe asked. “You never know with our town council, but there is support there,” he said.

“We’ve done what we can and the RCMP supported it, so hopefully they will move forward with it,” Branscombe added. 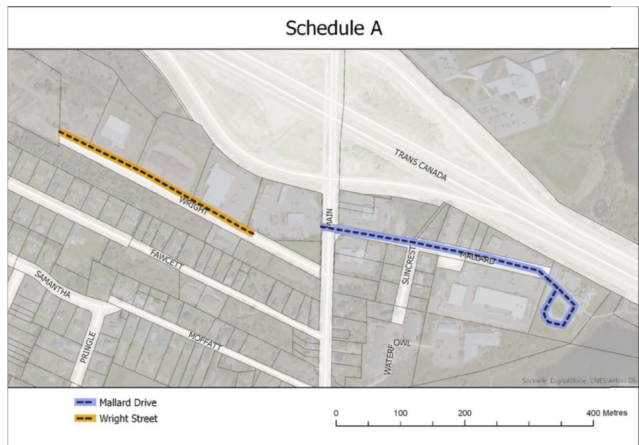 Map that is part of the proposed Bylaw 258 showing the Visitor Info. Centre parking lot (far right) and entrance to ATV trails at the end of Wright St. (far left)

19 Responses to Sackville set to approve ATVs on town streets