Sackville moving ahead with 20-acre addition to Waterfowl Park 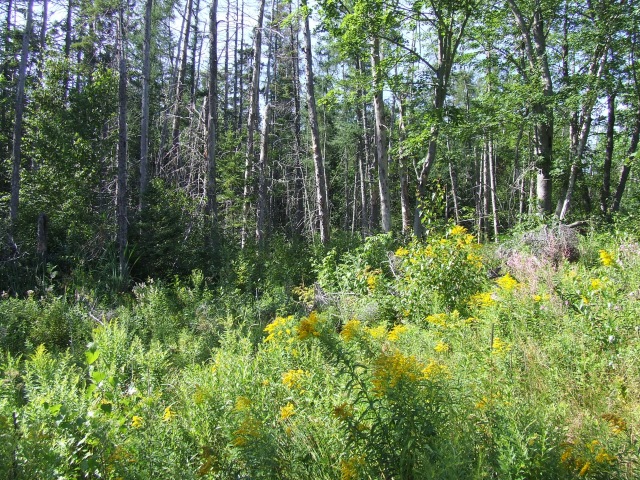 At its next meeting on Monday, town council is expected to approve spending $15,000 on improvements to nearly 20 acres of marshy and wooded land that is about to become part of the Sackville Waterfowl Park.

The town is planning to erect a small cairn telling visitors that the land was willed to Sackville by long-time resident Daniel Lund who died in 2013 at the age of 92.

The town is also planning to restore a cobblestone trail that Lund built and create a small visitor parking lot just off Squire Street.

During last week’s council meeting, town manager Jamie Burke said the land was bequeathed to the town under the Ecological Gifts Program — a federal scheme that provides tax breaks to donors. He added the town will seek approval for this first phase of improving the property from Environment Canada as soon as Sackville acquires full ownership of it. 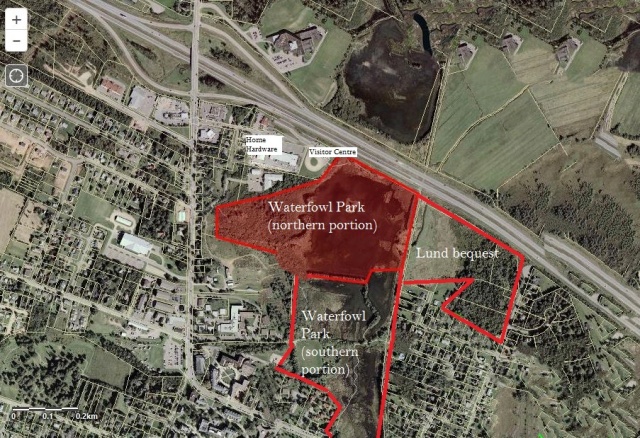 The Lund bequest of nearly 20 acres, adjacent to the Waterfowl Park, lies between the TransCanada Highway and residences on Princess St. bounded on the southeast by Squire St. and on the northwest by the TransCanada Trail

If it approves the $15,000 in improvements, town council will be acting on the advice of the Sackville Waterfowl Park advisory committee which is planning celebrations in October to mark the park’s 3oth anniversary.

For earlier coverage, including a brief history of how the Waterfowl Park began, click here.

Sackville councillors spent about 18 minutes last Tuesday discussing whether the town needs a bylaw, similar to a recent one passed in Moncton, requiring property owners to keep their lawns, weeds and grasses under 20 centimetres (eight inches) or face fines ranging from $140 to $2,100.

Councillor Joyce O’Neil brought the issue forward partly because of long dried grass at a home close to hers on Bridge Street.

“Our biggest fear out that way is that with all this dead grass, all you need is a cigarette flicked into that and the house is old, the grass has grown in underneath the verandah and to me it’s such a chance of that going up, catching on fire,” O’Neill said, adding that the lives of three small children are at risk in a house next door.

While O’Neil’s colleagues on council agreed that it might be worth discussing the issue further, Councillors Andrew Black, Megan Mitton, Michael Tower and Allison Butcher said such a bylaw isn’t necessary in Sackville.

“I know that lot of people are really bothered by long grass,” said Councillor Butcher adding that it might contribute to the presence of rodents and ticks. However, she added, there are already ticks everywhere.

She said the town bylaw on unsightly premises should cover cases in which people aren’t looking after their properties.

“I think that there are lots of beautiful properties that don’t have lawns mowed and probably don’t own a lawnmower,” Butcher concluded.

In the end, CAO Phil Handrahan promised that staff would prepare a background report on the issues involved in controlling tall grass in case council wants to have further discussion about passing a bylaw to regulate it.

To listen to what was said at last week’s meeting about the issue, click here. (The discussion starts within 30 seconds of the beginning of the meeting.) 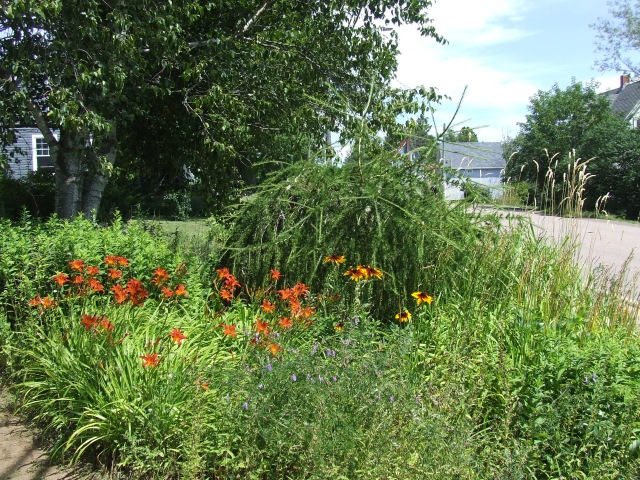 A front yard on Main St. in Middle Sackville where flowers, tall grasses, shrubbery and trees occupy most of the space

This entry was posted in Town of Sackville and tagged bylaw to regulate long grass, Daniel Lund, Sackville Waterfowl Park. Bookmark the permalink.