A group of New Brunswick unions and community organizations has issued a “progressive” platform for the provincial election scheduled for September 24th.

The platform, released today in Moncton, calls on political parties to promise to increase spending on social programs and public services while raising taxes on corporations and the rich.

“It is time to shift the balance back to government policies that express New Brunswickers’ desire to care for each other and live in a fair society,” said Geoff Martin, a part-time Mount Allison political science professor who also works for the university’s faculty union. (The Federation of New Brunswick Faculty Associations is one of the union groups backing the new platform.)

Speaking in French, Lyne Chantal Boudreau, President of Regroupement féministe du Nouveau-Brunswick, an organization that advocates for francophone women, said that instead of cutting or privatizing such public services as child care and home care, politicians should be promising to improve them while adding new services and social programs.

Among other things, the new platform calls on politicians to promise to eliminate poverty by increasing minimum wages and welfare rates while passing a pay-equity law that would raise wages for women who work in the private sector. It also calls for increasing the availability of surgical abortions while establishing a provincial registry of doctors and pharmacists available to prescribe the abortion pill

The platform advocates creating a Bill of Rights for residents of nursing homes and a Council on Aging similar to the New Brunswick Women’s Council. Noting that the New Brunswick Drug Plan covers fewer than 9,000 people, the platform advocates eliminating prescription drug co-payment fees for those under 18 as well as for adult students while expanding coverage to include dental and eye care for all with no increase in premiums.

The platform challenges the political parties to campaign on promises of a publicly funded, universal child care system for children up to 12 regardless of whether their parents work outside the home. It also calls for the elimination of all tuition fees for Canadian university and college students by 2023.

“Thirty years ago, governments began focusing on reducing taxation for the wealthiest in the hope that it would make our province more competitive and that everyone would eventually benefit from businesses’ economic success,” Geoff Martin said.

He added that now it’s time for New Brunswickers to recognize that tax cuts for the better off did not lead to more jobs, higher wages, sustainable economic development or balanced government books.

“Instead, we have seen increased disparities between the wealthiest and poorest citizens,” he said.

Martin acknowledged that the group had not worked out the costs of implementing its platform, but wanted instead to present it as a call for a change in direction.

“[It’s] as much [about] trying to start a discussion and, in a sense, leaving it to the political parties, who will directly face the voters, to cost what they see as the good ideas here that they want to draw on,” he added.

Jean-Claude Basque, provincial co-ordinator for the New Brunswick Common Front for Social Justice said his group helped draft the new platform because of the steady erosion of  social programs over the last 30 years.

“This platform is saying to the political parties, ‘come back to what was there 30-35 years ago because that’s what’s working for society and for individuals and families,'” he said.

“It’s not a question of money,” Basque said, adding that recent revelations about the billions stashed by wealthy elites in offshore tax havens show there’s lots  of money for social spending.

“It’s a question of political will from government to decide what are their priorities and then implementing these priorities.” 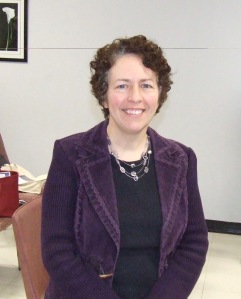 The Executive Director of the New Brunswick Coalition for Pay Equity, another of the groups involved in writing the new election platform, said she’s hopeful about the response from the political parties.

“I am optimistic that it will help them develop their platforms,” said Johanne Perron.

“I don’t expect them to pick up everything that is in our platform, but I certainly hope that they will all look at it seriously,” she added.

“I truly believe that it would help get a more equal society and I dare to think that our political parties want that as well.”