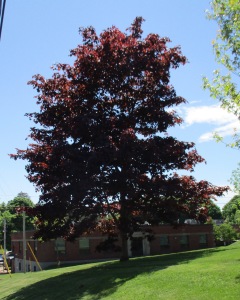 One hundred and twenty new trees will be rustling their leaves and waving their branches on the windy streets of downtown Sackville in the next few months after town council voted last night to spend $25,000 to help plant them.

The money matches a $25,000 grant the town won from CN Rail. The CN EcoConnexions program is supporting tree-planting programs this year in 30 other Canadian communities.

A news release issued after the council meeting quotes Mayor Higham as saying that the trees will have a lasting effect because they help mitigate climate change.

“This is an exceptional opportunity to increase the tree canopy in our community,” he said. “Trees not only provide a pleasant and inviting streetscape, but they also help with stormwater management and in limiting greenhouse gases.”

In an interview later, Jamie Burke senior manager of corporate projects, acknowledged that each of the 120 trees will likely cost more than $400. He pointed out, however, that the town plans to put out a tender soon seeking mature-sized trees with branches about two-metres off the ground.

“If we put seedlings on the side of the road, they’ll never last,” he said, “with snow plows and salting etc.”

He added that the tender will call for a diversity of native trees including red maple, red oak, serviceberry, white elm, and honeylocust.

Councillor Butcher said the tree-planting project must be completed by Nov. 30 and that the money will come from the town’s existing operational budget.

In bringing the tree-planting motion forward, Butcher was acting on behalf of the new Corporate Affairs & Strategic Development Committee.

Mayor Higham explained that the new committee replaces the Sustainable Committee that had been looking at the environmental sustainability of projects on a case-by-case basis over the last seven or eight years.

“It’s the feeling this should be a standard practice,” he added, “and that in addition to that we should be looking at some of the strategic items we’ve talked about throughout the election and prior to that in a comprehensive way, but also understanding the impacts on sustainability.”

Both the newly elected Allison Butcher and Megan Mitton have been appointed to the new committee.

Mitton reported last night that consultants known as The Sharp Group are already working on a new strategic plan for Sackville to replace the one that ended last year. She said that after consultations with council, staff and the public, she’s hoping the new strategic plan will be ready this fall.

In other news, councillors re-elected Joyce O’Neil last night as deputy mayor and bylaw enforcement officer Brian Bell introduced summer officers Ryan Whitton, Jackie Lawless and Jessica Mitton who are already out there looking for infractions such as unsightly and dangerous premises, parking violations and the miscreants who light illegal, outdoor fires. 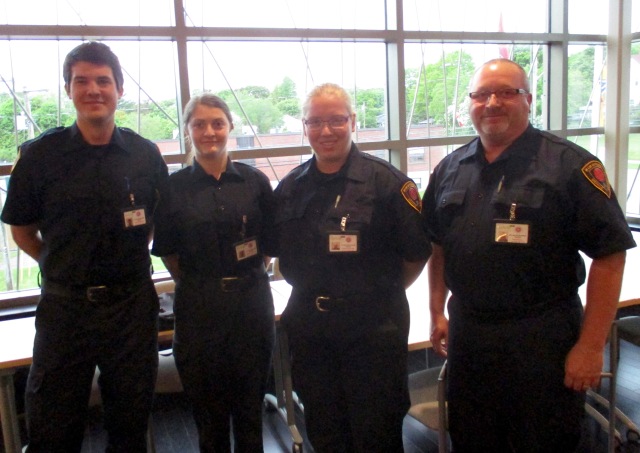