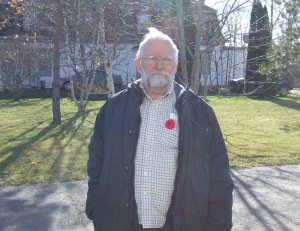 The Nova Scotia Utility and Review Board has denied David Christie the right to introduce evidence and cross-examine witnesses during formal hearings next year on whether the  Town of Parrsboro should be dissolved so that it can join Cumberland County.

During a preliminary hearing last week, Christie asked for intervenor status so that he could represent citizens who do not agree that Parrsboro should amalgamate with the county.

“My family goes back six generations in this community and in this area,” Christie told the Board, “so I value the culture and the distinctiveness of it a great deal.”

In rejecting Christie’s request for standing, the Board acknowledged that he has concerns about dissolution of the town.

“His interest, however, is no different than any other citizen,” it added. “Taking all of the evidence and submissions into account, the Board concludes that David Christie does not have a real and substantial interest in the subject matter of this proceeding and denies his request for Formal Standing.”

While ordinary citizens will get to speak during less formal evening sessions in March, most of the evidence the Board will hear will likely be presented by one lawyer representing both the town and county and another representing the province.

The Board, which has its own legal counsel, may hire consultants to advise it on the issues. It will also be guided by a series of studies ranging from the financial implications of amalgamation to the establishment of electoral districts.

Christie says he’s disappointed that he won’t get to participate in the hearings, but was not surprised by the Board’s decision.

He told the Board last week that he had expected someone else would come forward to represent citizens opposed to amalgamation, but since that didn’t happen, he felt he had to step up.

Formal hearings will begin at the Parrsboro Legion at 9:30 a.m. on Wednesday, March 30th.

This entry was posted in Town of Parrsboro and tagged amalgamation, David Christie, dissolution, Nova Scotia Utility and Review Board. Bookmark the permalink.